A beautiful and provocative poster for Erich von Stroheim’s 1924 production of Greed, which was adapted from Frank Norris’ turn-of-the-century novel, McTeague: 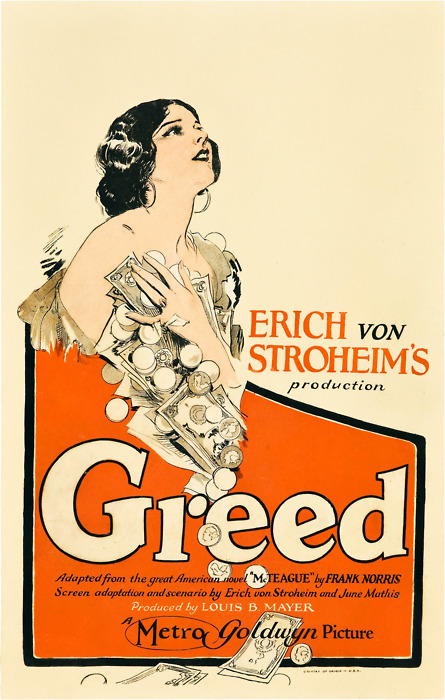 The book was previously brought to the screen in 1916, under its original name. That version is lost. Von Stroheim’s famously beleaguered masterwork is the stuff of modern legend. His fight with MGM for control of the final product–particularly the editing–was painfully operatic. Although the film does not fully match the great auteur’s ambitious blue print, what we have been left with is brutally and strikingly epic.

I’m lucky to share a birthday with my favorite silent film actor, John Gilbert! Here’s to you, Jack.