It is snowing here for the second time in three days; definitely not our first snow of the season, then, but this image speaks to me on multiple levels. Our house dates to the time of this painting. I love her beautiful blue dressing gown and the wistful intimacy of the setting. The colors, the composition, the mood that so readily crosses the centuries–all are things that I find very relatable. 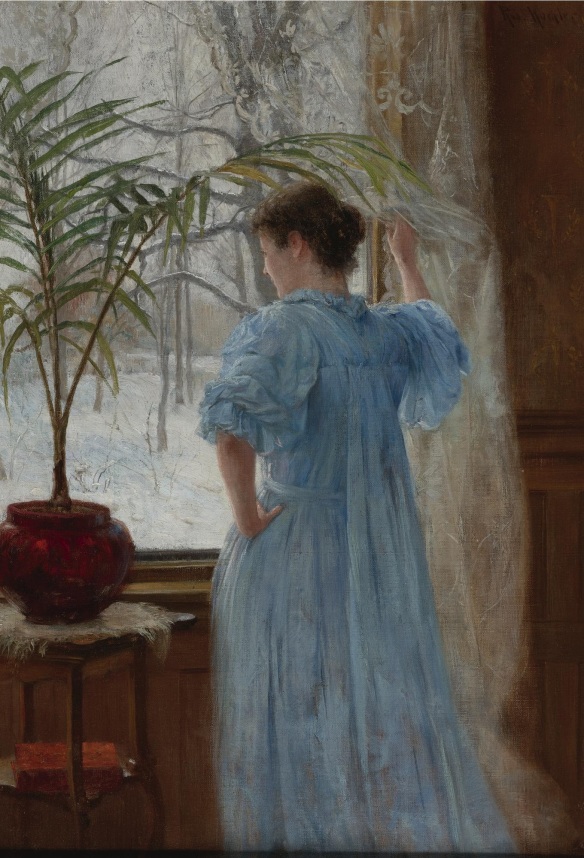 First Snow by Robert Koehler (circa 1895)

May her serenity rub off on me.

Duncan is loving our first snow of winter. He wasn’t happy when I told him to come back inside, though. 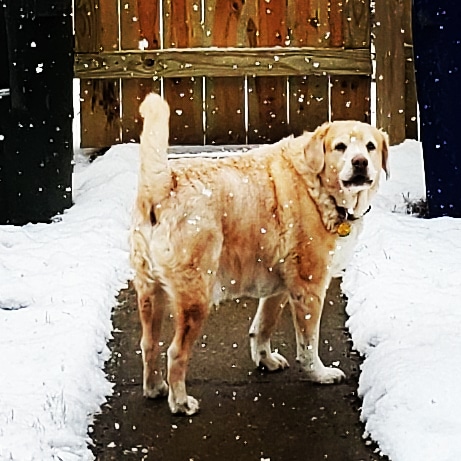 We got our first snow of the season a couple of days ago, which is early around here. Ugh. I prefer artistic representations of snow over the real thing. 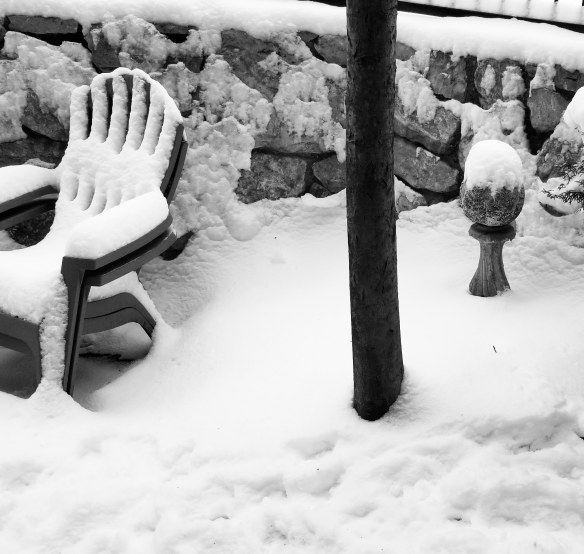 I wasn’t expecting snow on Saturday morning (I guess I didn’t pay attention to the forecast), but it definitely made my commute to work (via bus) picturesque.

It’s way too early for me to be inspired by cold weather or its accoutrements.